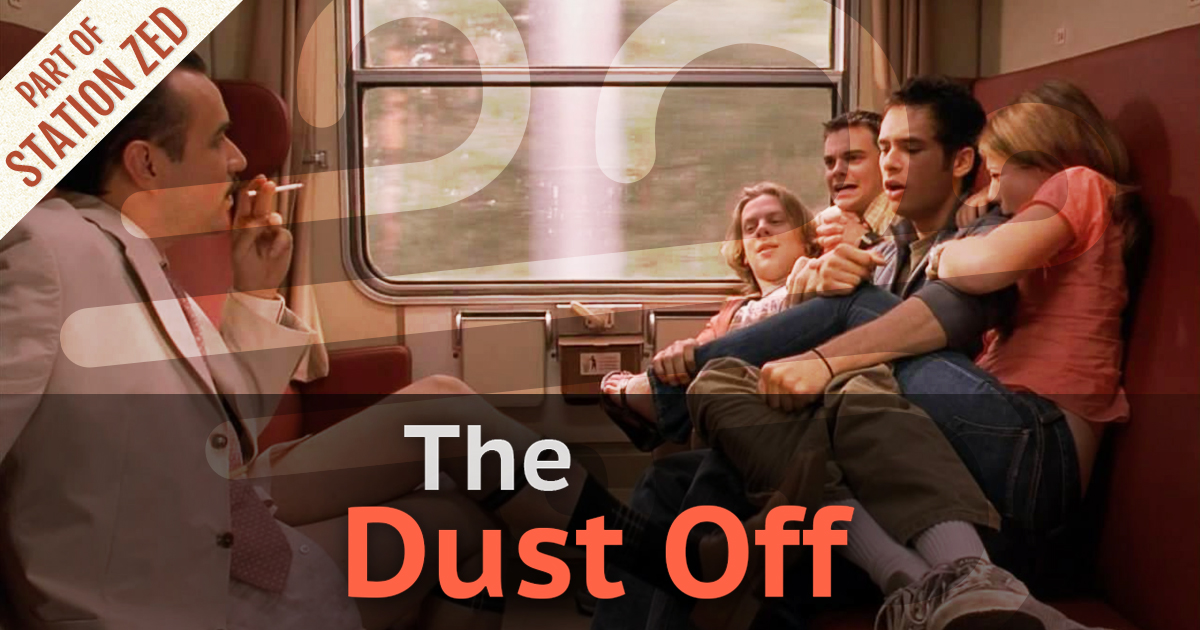 “EuroTrip” (2004) teen comedy. It’s a bingo card of lazy European stereotypes this episode, as Steph, Em, and Norah wade through Matt Damon’s breakup revenge fantasy. One of our hosts discovers white wine, another recedes into dark memories of 13-year-old girl-dom, and yet one more just really, really wants every character in the movie to fail. Tune in to hear Emily’s very special connection to this “Rube Goldberg of plots”, and the hosts’ fondness for “not telling Scotty things”.

This episode of The Dust Off is held together with fairy dust, children’s wishes, and the following contributions: