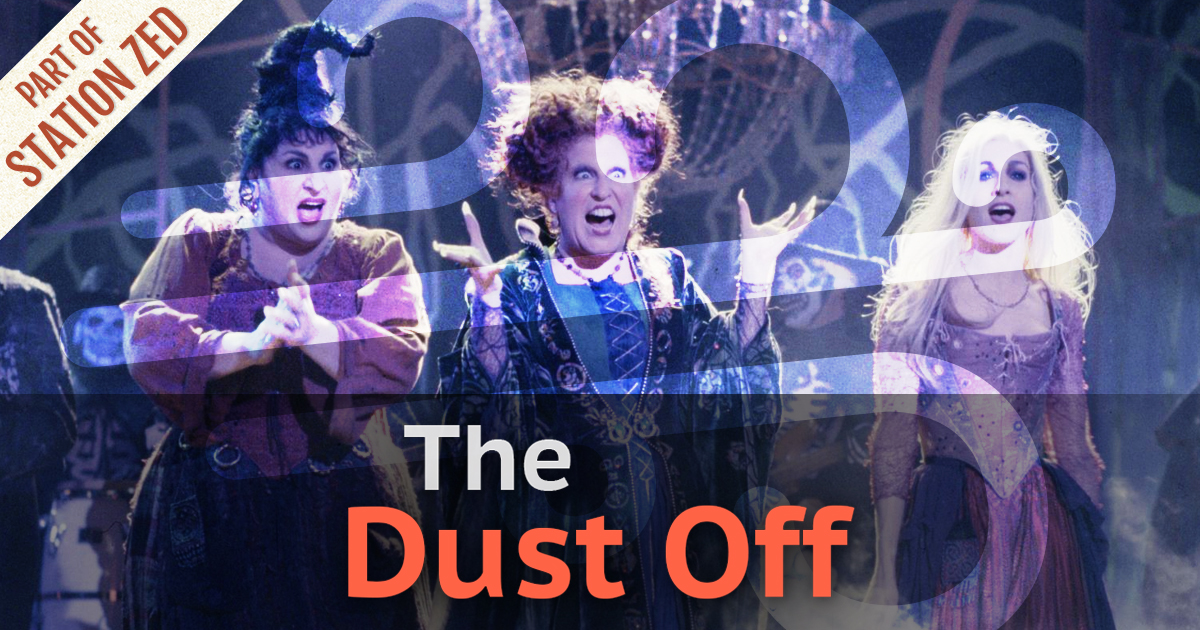 “Hocus Pocus” (1993). Once upon a time, Bette Midler, Sarah Jessica Parker, and that lady from “Sister Act” who wasn’t Whoopi Goldberg agreed to play witches in a children’s Halloween movie. The resulting film ushered in hundreds of hours of entertainment for one of our hosts, and scarred the remaining two. Listen now as they dive into memories both fair and foul in this week’s The Dust Off!