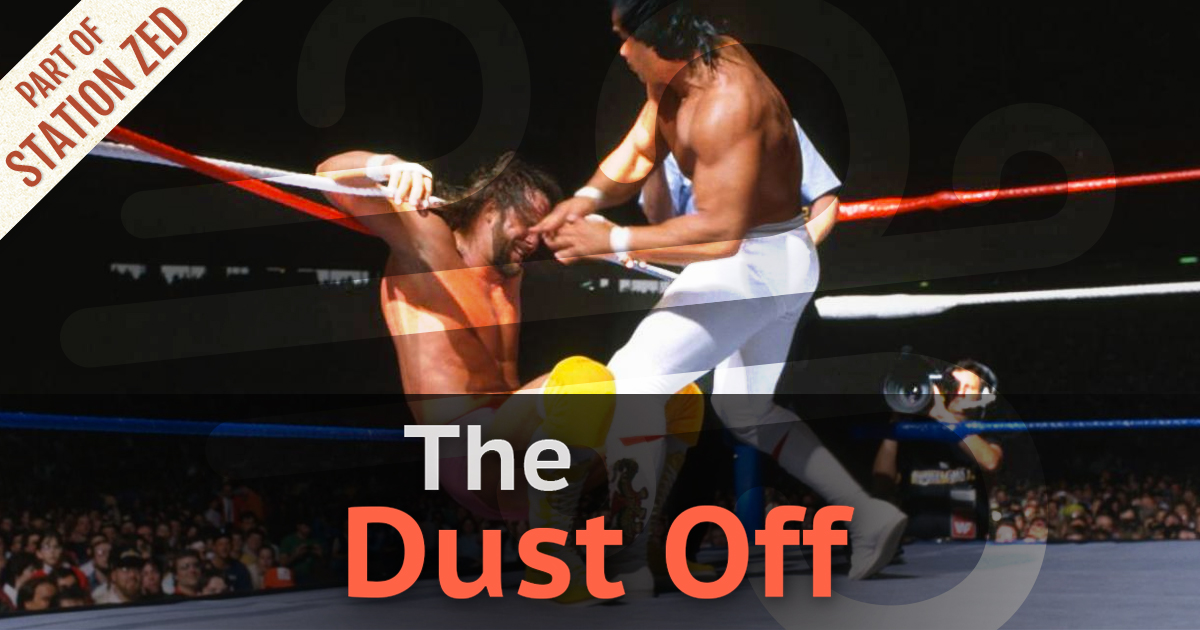 Wrestlemania III. Oooo YEAH! Jake and Pat initiate Steve into the world of pro wrestling with the obsessive and terrifying vigor that you’d expect from two super fans. After much deliberation as to which match the fledging beefcake-aficionado should watch, the guys settle on the 1987 classic bout between “Macho Man” Randy Savage and Ricky “The Dragon” Steamboat at Wrestlemania III. Will Steve survive the tidal wave of machismo washing over him? Or, will all that man meat leave a bad taste in his mouth? Tune in and find out!