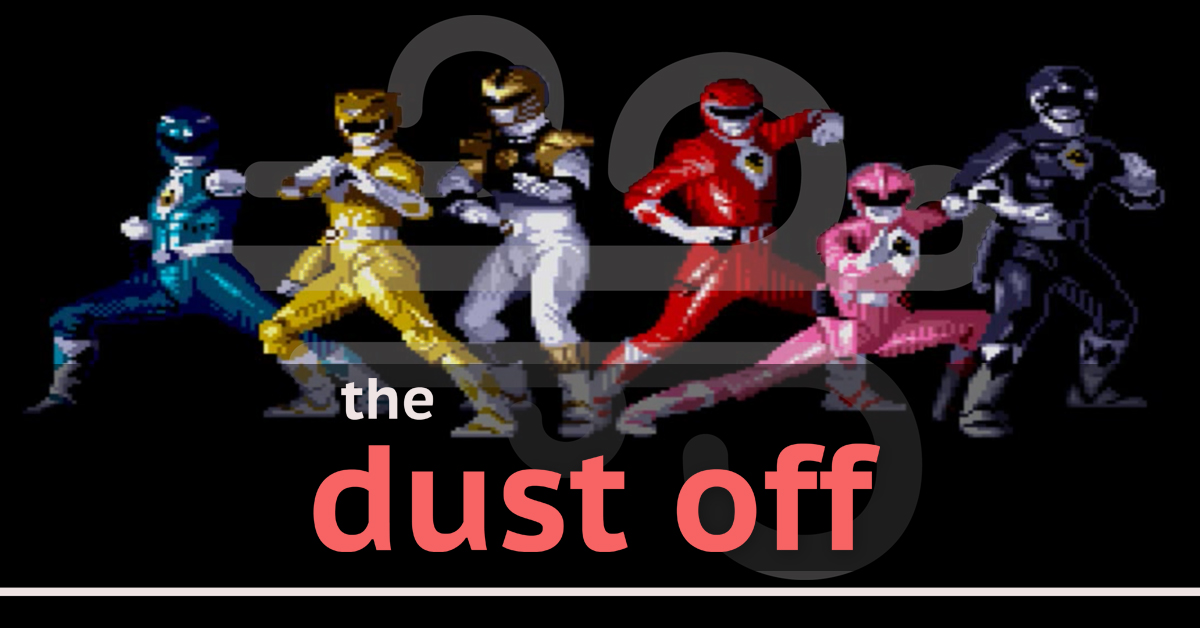 “Mighty Morphin Power Rangers: The Movie” (1995) Sega Genesis movie tie-in game. The guys punch and kick their way back to a blue, yellow, white (with some gold), red, pink, and black 1995 with this dismal tie-in Genesis game for the Power Rangers’ first cinematic outing. There’s tension between Pat (temporarily resurrected after his demise last episode) and Steve over the best Ranger – Jason or Tommy – while Jake passes time whittling rocking chairs instead of watching 90’s cable. It’s a reverse “Shaq Fu” this week, with the Genesis’ blast processing falling far short of the SNES version.