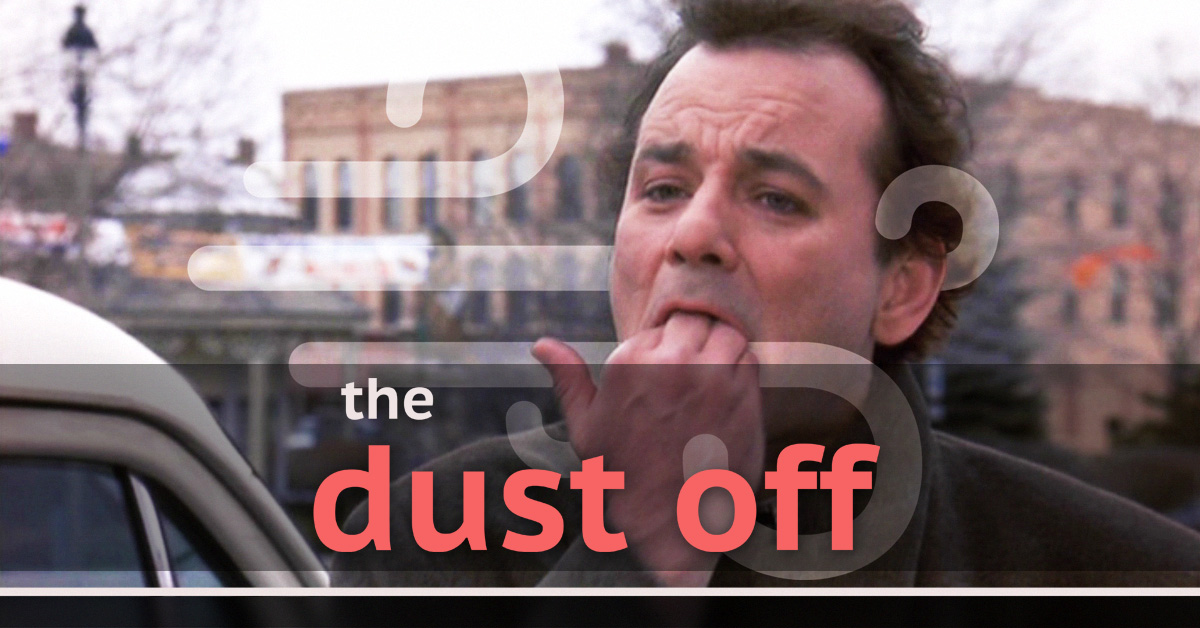 “Groundhog Day” (1993) time warping comedy. Jake and Steve dig into this Ramis/Murray masterwork while Pat works on his crochet skills. Jake brings fun tidbits from the director’s commentary, Steve deep dives on period architecture, and Pat’s pretty certain something is rotten in Denver. Stick around for a surprise phone call from a big fan (apparently we’re a call-in show now?), film law as set by Ridley Scott, and a short thesis on ship maintenance in the Star Wars universe.